Vaginal Discharge—What’s Normal and What Isn’t 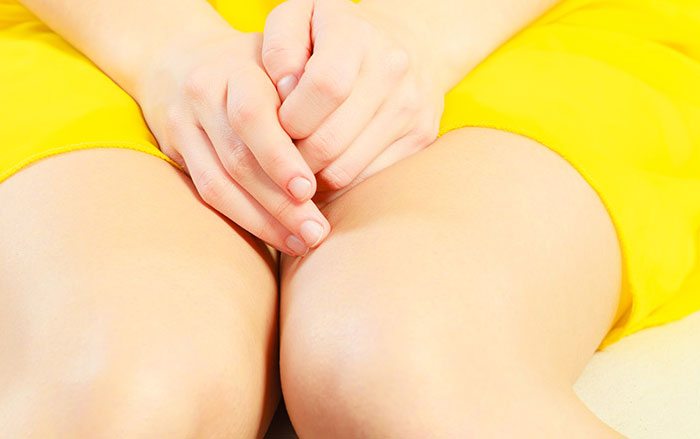 Vaginal Discharge—What’s Normal and What Isn’t

“Having vaginal discharge is a normal part of being a woman. Just like our mouths salivate, a woman’s vagina has a certain amount of normal discharge, and every woman also has her own unique smell—this is perfectly natural and normal.”

Vaginal discharge or leucorrhea is a fluid discharge that is expelled from a woman’s vagina. Generally speaking, this is nothing to worry about and does not signal any abnormality in the body. Unfortunately, however, there are many women who do experience abnormal vaginal discharge but do not go to a doctor to get it taken care of due to embarrassment.

Vaginal Discharge—When to See a Doctor

The volume of normal vaginal discharge varies in each person. Because of this, you have to compare for yourself and look at what your normal amounts of vaginal discharge are before, during and after your menstrual cycle. If there is a noticeable change in any of these from what you usually experience, then you should first suspect that it is abnormal discharge.

The texture or consistency—if this changes, you should see a doctor. Normal vaginal discharge is usually a clear or opaque mucus-like liquid, depending on the time of the month and your menstrual cycle. During the time before and after your period, it may be slightly thicker than normal. If, however, it has a noticeably thicker than normal consistency, possibly with a texture similar to wet powder or a milk paste, this could be a sign that it is caused by a fungus.

is usually clear or opaque, and may also be slightly yellowish or whitish-yellow. If it begins to be yellowish-green in color, however, this is not normal.

may be an indication of a vaginal infection known as trichomoniasis. This kind of discharge is usually yellow in color, not particularly thick, sometimes frothy and accompanied by symptoms of itching and a bad odor. It is frequently transmitted by sexual intercourse, or by foreign objects being placed into the vaginal cavity, such as tampons or sex toys/equipment.

is generally due to a fungal infection (yeast infection). The discharge is often thick, and may have an odor something like spoiled milk. It may cause an itching or burning sensation, particularly while urinating, due to irritation in the vagina, and can be accompanied by severe redness and burning in the groin area as well. This type of discharge is often caused by the use of antibiotics or in patients with weak immune systems, such as patients taking immunosuppressant drugs, patients with diabetes, etc.

is caused by certain types of bacterial infection due to foreign objects being placed into the vagina, or even from sexual intercourse with a person who is infected with a disease such as gonorrhea, etc. In this case, the vaginal discharge will be green or yellowish green and have a foul, fishy odor. Patients may also experience an itching or burning sensation while urinating.

is usually caused by a slower shedding of the uterine lining and will generally occur after the menstrual cycle. Sometimes, during menstruation, there are leftovers of the uterine wall that were not yet completely shed, or that did not make a timely exit during the menstrual cycle. When this old blood is discharged from the body it may be discolored and cause the normal vaginal discharge to be brown in color. Brownish discharge could be due to the uterus stretching. However, if it is also frothy, has a foul odor, and is accompanied by burning and itching symptoms while urinating, this is considered abnormal vaginal discharge and is caused by vaginal irritation which can also cause burning and redness in the groin area. If you experience these symptoms, you should definitely go to see a doctor as soon as possible.

Naturally, each woman has her own unique odor or smell, and thus it is sometimes difficult to tell from this whether the discharge is abnormal or not. If, however, vaginal discharge has a foul odor during sexual intercourse or immediately after intercourse, this may be caused by a certain group of bacteria or a parasite in the vagina. When vaginal alkalinity increases after sexual intercourse with the presence of semen, the putrid, fishy odor becomes more prevalent. In order to receive a proper diagnosis and correct treatment, women should not be shy to speak truthfully and candidly with their doctor.

Abnormal vaginal discharge does not always have a bad smell. In particular, vaginal discharge from fungal infections (yeast infection or vaginal candidiasis) is odorless, but usually exhibits in larger amounts, is thick, is white, has a cottage cheese appearance or will look like crusted milk in a woman’s underwear, and is accompanied by symptoms of itching. It is often caused by damp underwear which, in order to avoid this, should be left to dry in the sun and not in the shade, as even underwear that appears to be dry can still develop fungus. Allowing underwear to become damp or if moisture builds up during the day, this too can be a cause of fungal infection in the vagina, resulting in abnormal vaginal discharge as well.

Vaginal discharge due to yeast infection can also be caused by diet and medications.

Some women who like to eat fermented foods develop yeast infections, while for others, it is caused by a diet rich in seafood. The use of certain antibiotics can also cause a yeast infection to develop. Scratches or wounds in the vagina due to infection can also cause vaginal discharge without any clear or particular odor.

Another cause of odorless vaginal discharge is hormonal changes during pregnancy. In this case, there will be increased vaginal discharge, and it may be clear in appearance and odorless. At the same time, pregnant women are also more susceptible to yeast infections, especially those with diabetes.

With regard to vaginal discharge as a result of having sexual intercourse with a person who is infected with gonorrhea, symptoms normally include discharge that is thick and pus-like, although it will not necessarily be in larger amounts than normal, and may have only a slightly unpleasant odor. Your doctor may require a culture test for diagnosis.

Vaginal discharge is nothing to be ashamed of or embarrassed about and women should be observant in caring for themselves, especially when it comes to signs of the very common yeast infection.

“The best way to keep your vagina clean and healthy is to wash it with clean water and pat it dry. During your menstrual cycle, change sanitary napkins often and avoid using panty liners. Very importantly, don’t allow your underwear to be damp, keep your underwear clean and fresh and, when you wash them, hang them out to dry in the bright sunshine.”

Vaginal Discharge—What’s Normal and What Isn’t Each woman has her own unique odor or smell, and so it’s difficult to tell whether discharge is abnormal or not based on odor alone.
User rating: 2.92 out of 5 with 38 ratings