Uterine Fibroids—They Can Be Treated with Medication 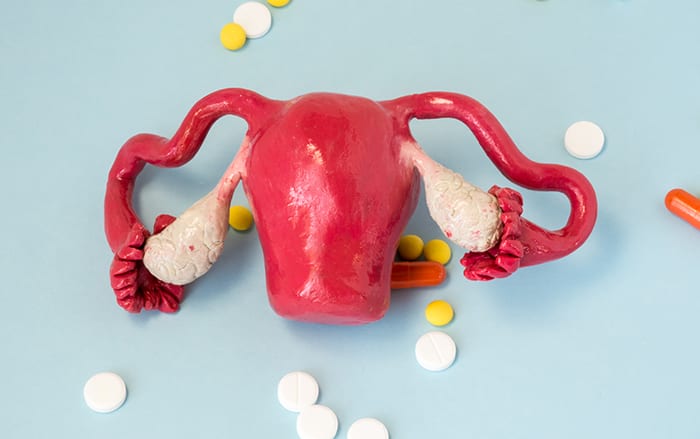 Uterine fibroids are not life-threatening.  Additionally, it has been found that, in most cases, uterine fibroids tend to be small in size, and thus do not usually show symptoms nor do they require treatment. If, however, you notice menstrual disorders or irregularities, such as heavy menstrual bleeding or frequent bleeding throughout the month, you should see a doctor for diagnosis, because a lack of treatment in such cases could result in infertility issues or anemia due to significant loss of blood. Additionally, if uterine fibroids occur during pregnancy, they may, in some cases, lead to premature births or miscarriage.

Uterine fibroids can range in size from as small as a mung bean to as large as a watermelon. You can have multiple fibroids or just one. They are fairly hard and dense in nature, and can be found in almost every part of the uterus, as follows:

Uterine fibroids are a result of abnormal uterine muscle cell proliferation, although at present, the exact cause remains unknown. It is believed that the factors which have an impact on uterine fibroid development include:

Most women with uterine fibroids don’t experience any symptoms, particularly if the fibroids are small and are detected by chance while the patient is undergoing an annual health checkup. Patients with large uterine fibroids, however, often have symptoms related to abnormal menstruation, such as heavy bleeding, irregular periods, pelvic pressure or pain, or chronic lower back pain. In some cases, fibroids growing and pressing on nearby organs can cause frequent urination or constipation. If the fibroid is particularly large, and can be felt in the pelvic area, it may cause swelling of the abdomen, similar to pregnancy.

Once uterine fibroids have been found, patients often worry that they will need to undergo surgery to have them removed. In reality, however, the treatment for uterine fibroids varies from patient to patient. The most effective treatment is dependent upon the severity, size and location of the fibroids, as well as on the overall health of the patient.

Currently, there are options for diagnosing and monitoring the size of fibroids using high frequency sound waves or ultrasound. This includes both lower abdominal ultrasound and transvaginal ultrasound, which provide accurate, precise results. There are also medications available that provide effective treatment, allowing patients to avoid undergoing surgery.

Treatment using Ulipristal Acetate medication is an effective alternative for uterine fibroids that do not require surgery, or for patients who are unable to undergo surgery due to health issues.

Currently, a medication known as ESMYA® (trade name) is available as a 5-mg tablet with the generic name Ulipristal Acetate. It is a drug in the Selective Progesterone Receptor Modulator (SPRM) class of medications with predominantly inhibitory effects on the progesterone receptor, exerting direct action on three parts, as follows:

Esmya has been approved for 2 main therapeutic indications:

1) Treatment of uterine fibroids prior to surgery

The drug can stop the majority of heavy menstrual bleeding within the first week of treatment and is also able to control over 90% of abnormal blood flow. It can also reduce the size of the uterine fibroids and maintain reduced fibroid size after treatment is completed. The medication also helps to reduce pain and other various symptoms. The side effects are negligible, the most common being headaches and hot flashes, unlike other used medications such as GnRH agonists, which may lead to loss of bone mineral density and other postmenopausal symptoms from estrogen deficiency.

Patients Who Should Not Take Esmya Medication

If uterine fibroids are detected, you should not be too worried, as they are not life-threatening. The growth of uterine fibroids can be monitored, and surgery is generally not required at all. Most importantly, there are medications available today that can successfully treat the condition. Treatment should only be carried out by a licensed medical professional.

Uterine Fibroids—They Can Be Treated with Medication Uterine fibroids are not life-threatening and don’t generally require treatment. If, however, you notice menstrual disorders or irregularities, you should see a doctor for diagnosis.
User rating: 4.50 out of 5 with 4 ratings