We use cookies to help our website work properly and to provide you with a personalized user experience. If you continue without changing your settings, we’ll assume that you accept all cookies on our website. However, you can change your cookie settings at any time. Find out more
Change cookies settings
HEALTH ARTICLES

In Vitro Maturation (IVM) technology is a reproductive technology that helps to solve issues of infertility, allowing those who want to have children to do so safely and with substantially improved chances of success. Samitivej Sukhumvit Hospital in Bangkok, Thailand is the first institution in the country to pioneer implementation of this technology.

Typically, infertility treatments using reproductive technology involve stimulation of the hormones with hormone injections in order to boost ovulation, trigger the ovaries to produce more eggs and thereby improve pregnancy rates. Eggs mature themselves due to hormone stimulation, which, after they have matured, are retrieved from the body and then inseminated.

In Vitro Maturation (IVM) is a treatment for infertility that does not incorporate ovarian stimulation as regular In Vitro Fertilization (IVF) does (less hormone injections required). Nevertheless, most indications for treatment and laboratory practices are common. IVM is an additional procedure that is added prior to IVF. With IVM, the eggs are collected at an early stage and then matured in the lab. The remaining procedures are the same as conventional IVF.

IVM is becoming a popular treatment for infertile parents and has proven to be safer and more effective than conventional fertility treatments. It reduces side effects and it is more suitable for parents with specific medical conditions.

Who should consider IVM?

Conventional forms of infertility treatments requires the use of hormonal stimulation, which can trigger conditions like polycystic ovary syndrome (PCOS) and ovarian hyperstimulation syndrome (OHSS). PCOS is a disorder which causes enlarged ovaries and follicles, leading to an overproduction of eggs and hormonal imbalance after hormonal injections.

Samitivej Dr. Boonsaeng Wutthiphan addresses the condition: “Usually we aim to get 12 to 15 eggs to achieve a good pregnancy. But in some cases, patients may suffer from PCOS and develop 20 to 30 eggs.”

Other complications, such as OHSS,, are also possible. Overstimulation means too many eggs release and fluid can leak out of blood vessels into body cavities, causing water retention and bloating, which can lead to fluid buildup in the lungs and in the abdomen. If doctors find these conditions present, fluid will be suctioned out of the abdomen and new fluids are provided to replace those lost by the blood vessels. Symptoms of the condition include nausea, shortness of breath, weight gain, and ovaries becoming painful and swollen.

IVM is suitable for patients with fewer eggs than normal. The treatment has no need for hormonal stimulation and prevents conditions like OHSS from occurring.

IVM was further developed for use with patients who respond only partially to hormone treatments; whereby, the patient receives hormonal stimulation and follicle response begins for a time but then growth is halted—in these cases, IVM has also been used. Furthermore, it is often the patients themselves who come to the doctor and request IVM technology as a possible solution for their fertility issues, allowing us to see the benefits of this particular technology more and more.

IVM was further developed to include patients who have issues that make them unable to tolerate the effects of hormonal stimulation, such as patients with deep vein thrombosis (the formation of a blood clot in the vein, usually in the leg) or those with breast cancer. These groups of patients fear that the hormones would also have the effect of stimulating the symptoms of their disease or the disease itself, causing it to worsen. As a result, people in such situations also often come to the hospital and request IVM technology to be utilized in their treatment for infertility, causing yet greater awareness of the importance of this particular type of technology.

How IVM works and its success rate

IVM does not require the mother to undergo hormonal stimulation. As such, the lining of the womb might be too thin to support the mature egg and embryo. In such cases, estrogen would be given to the patient to help thicken the lining of the womb. Dr. Boonsaeng says this process might take time and the egg might have to be kept frozen until the womb is able to support it. In some cases, partial stimulation is carried out. Before the removal of her egg, the mother undergoes hormonal stimulation for no longer than five days. This way, ovarian hyperstimulation syndrome is prevented.

The success rate of an embryo becoming an infant through assisted reproductive technologies (ART) fertilization technique is usually around 20 percent according to Dr. Boonsaeng. While the percentage is only 12 for IVM treatment, the procedure allows for more embryos to be inserted in the womb with less side effects. Dr. Boonsaeng explains the success of the procedure: “Patients with full hormonal stimulation usually only have one embryo in them, but those who undergo IVM treatment may receive two or three embryos to achieve a success rate of around 30 percent.” 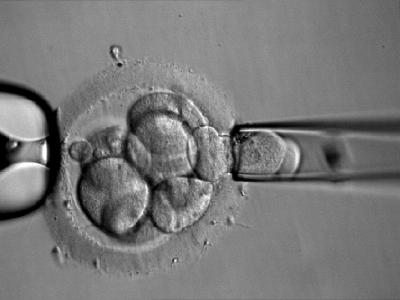 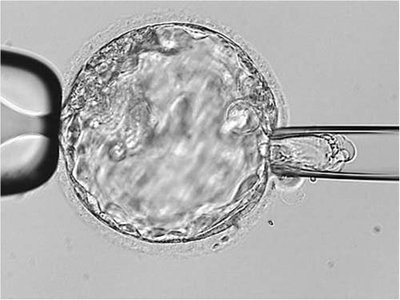 The IVM procedure consists of several steps that take place over a period of two weeks.

IVM technology provides great help in meeting treatment needs, as no medications or hormones are given to stimulate ovulation before egg collection. For many years now, IVM has consistently achieved high levels of success in treatment.

The Development of IVM Technology at Samitivej Sukhumvit Hospital Bangkok

Just seven to eight years ago, the IVM technology in use was still only conventional, but in 2016, Samitivej Sukhumvit Hospital advanced its IVM technology with huge steps forward through the development of the Modulator IVM. Advancement in this area means that the immature eggs are retrieved from the ovaries and brought to a lab for maturation by means of a special culture medium with added small quantities of hormones, helping to bring the eggs to much more complete maturation before the sperm injection and fertilization of the matured eggs. These breakthroughs will greatly increase the likelihood of conception for couples struggling with issues of infertility.

Therefore, 2016 is another year of pride and joy for us, in that we have officially adopted the use of the Modulator IVM and have done so with great success. It is our aim to help fulfill the dreams and wishes of many couples longing to have children, allowing them to do so more simply and efficiently than ever before.

For Dr. Boonsaeng Wutthiphan, his patients include Thais and foreigners in equal measure. They include those who have suffered from blood clots in the veins (deep vein thrombosis) and those who have undergone breast cancer treatment. For these patients, IVM is the best form of treatment. By not being exposed to high estrogen levels, the patients’ medical conditions have a lesser chance of reoccurrence.

To read the story of a couple who had undergone IVM treatment, click here.