Menstrual Irregularities Could Signal the Presence of Uterine Fibroids 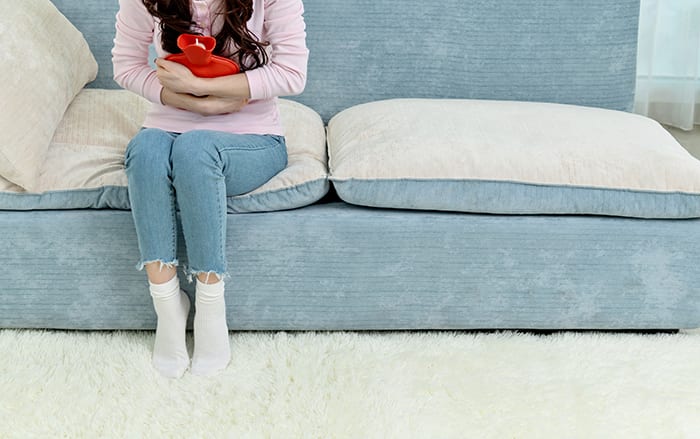 As women enter the reproductive stage of their lives, their bodies produce greater amounts of tissue for use in the uterine walls to ensure it is ready to support a pregnancy. However, if left unfertilized, the endometrial tissue will peel away, and be passed out through the vagina as blood or “the period”. The menstrual cycle usually lasts around 28 days (+/- 7 days), with the period lasting around 3–8 days. The first 2 days of a period is when most of the bleeding tend to occur, with the blood passed often dark red, brown or black in color. Some women will also experience symptoms prior to their period, such as headaches, indigestion, frustration, muscle and joint pain, enlarged breasts, and increase in appetite, while stomach pain may occur once the period has begun. In some cases, these symptoms are a result of hormonal changes that are occurring during ovulation, whereas other symptoms could be a signal of a potentially dangerous condition like uterine fibroids.

Abnormalities affecting the period are not something to be ignored because they may be signaling the presence of uterine fibroids, which up to 20–25% of women aged between 30–40 suffer from.

Patients with small fibroids will not display any symptoms, and these may only be identified by chance during an annual health examination or when consulting a doctor about another health issue. Such fibroids may not require any treatment at all.

Larger fibroids, on the other hand, may be detected through the following forms of period abnormality:

Those in the medical field are still unable to identify the true causes of uterine fibroids accurately. However, evidence indicates that the following factors can play a part:

In addition to ultrasounds, there are a number of other methods available, including MRI scans or endoscopic inspections of the uterus, which can provide clarity of the situation, enabling doctors to make the correct decisions regarding treatment thereafter.

However, patients who have previously suffered from uterine fibroids are at risk of repeated fibroids developing, meaning there are some cases where doctors may consider surgically removing the uterus altogether in order to fully protect patients from repeat bouts of the condition. Such a procedure would render the patient’s ability to conceive, and may also have other long-term effects on their health, meaning careful analysis of the size and severity of the fibroids present must be carried out to ensure that whatever course of action taken is appropriate (https://www.samitivejhospitals.com/en/promotions/arthroscopic-surgery-svh/).

Uterine fibroids are not generally dangerous, however they may lead to anxiety in patients alongside other potential complications, such as anemia resulting from heavy blood loss. Moreover, if the fibroids occur during a pregnancy, it could increase the risks posed to mother and child,  including premature births, miscarriages and fetal developmental issues. Additionally, some types of uterine fibroid can result in women experiencing difficulties conceiving. (https://www.samitivejhospitals.com/samitivej-fertility-center/).

It is still not possible to identify the root causes of uterine fibroids accurately, making total prevention impossible. However, taking good care of health and maintaining a strong body is likely to reduce a woman’s risk significantly. This means eating a healthy diet that includes avoiding red meat, fatty foods and alcohol, while regulating appropriate body weight by exercising regularly. Such physical activity should total 7 or more hours per week as this will not only reduce stress and keep you feeling fresh, but can also protect against uterine fibroids developing.

In cases where uterine fibroids are asymptomatic or the fibroids are tiny in size, there may be no need for treatment. However, attending regular health screening is essential in order to allow doctors to monitor the situation, and take appropriate action where necessary.

Menstrual Irregularities Could Signal the Presence of Uterine Fibroids Abnormalities affecting a woman’s period may be a warning sign of uterine fibroids, which are most common among females aged between 30–40 years, with up to 20–25% of this group affected.
User rating: 5 out of 5 with 1 ratings