Why Routine Mammograms Save Lives 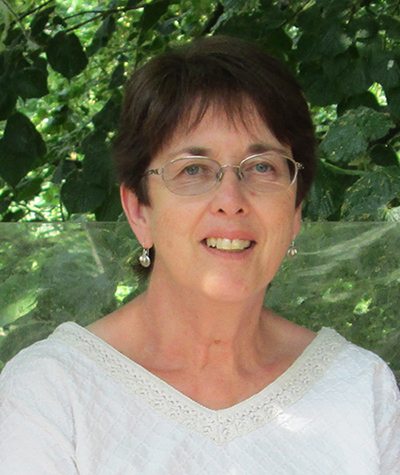 Jane Deotrakul was close to retiring and wanted a complete health check-up, including a mammogram. When abnormalities were noted by Dr. Wichai, she quickly got received treatment and resumed work as soon as possible. Two years later, she is all clear and continues her mediciations.

In the UK, once women turn 50, they usually have a mammogram every three years. I had my first routine mammogram and a follow-up biopsy in the UK in 2005. After that, I was given the all clear. After living in UK for 30 years, I moved to Thailand with my husband in 2007. In December 2012, when it was time for a routine health check-up, I was keen to get another mammogram as I hadn’t had one for several years. I had no health problems, but I was close to retiring. So I decided that a full check-up would be a good idea.

I knew what to expect during the procedure. Of course, I was a bit nervous, but I can’t say I was afraid. After the test, I was told that I’d be notified of the result. So, we went back home. But they did not notify me of the result as promised. Instead, they asked me to come to see Dr. Wichai. I knew something was wrong. Dr. Wichai told me that the mammogram showed some abnormalities, and he wanted to conduct a biopsy. I was ready to conduct the biopsy quickly. So, it was done promptly and I was called back to see Dr. Wichai a few days later. He confirmed that it was breast cancer.

In my family, we deal with everything in a matter of fact way and get on with what needs to be done. That’s something I really appreciate about the staff at Samitivej. They are extremely professional in their interactions with me.

Dr. Wichai explained the surgery and its possible outcomes. During the surgery, a sentinel lymph node biopsy was also conducted to ascertain whether the cancer had entered the lymph nodes. I was lucky it had not spread. Dr. Wichai carried out a lumpectomy. Luckily, the size of the tumor did not necessitate chemotherapy. Dr. Wichai recommended radiation treatment.

Dr. Wichai was very good about explaining what was going to happen, and the medical staff also explained procedures clearly. When I asked why a certain treatment was being recommended they would refer to the clinical guidelines and I respected their professional expertise.

About a month after I completed the radiation treatment, I developed an abscess in my breast. Dr. Wichai ordered an ultrasound to ensure there was nothing untoward and I was put on a course of antibiotics. After a follow-up appointment, Dr. Wichai suggested opening and draining the abscess in the hospital. The wound took a long time to heal, so I had weekly appointments with Dr. Wichai to monitor progress. Dr. Wichai’s assistant was really helpful in accommodating appointment times since I had to travel a fair distance to get to the hospital. She also phoned to confirm appointment times. When it wasn’t practical for me to be in Bangkok, the nurses at my school were able to administer the treatment. Dr. Wichai spoke to them on the phone to explain what needed to be done and I saw Dr. Wichai once a week during this period.

I think being diagnosed with cancer has made me more aware that unforeseen health issues can occur at any time to anyone, but I don’t advocate worrying about it. It is more important to get on with living and making the most of our lives. I would recommend though that people have regular health checks. If problems are identified, get the advice you need and get the support you need to deal with it.

Care at Samitivej has been of a high standard throughout. I felt like I knew the staff on a personal level. Dr. Wichai has always been friendly and maintains a good balance between the professional doctor-patient relationship and a friendly approach. His assistant maintained contact with me throughout my treatment. Dr. Wichai always included my husband in all our consultations and that was important to both of us. Plus, he was bilingual, so we could both speak in our language of comfort. I really appreciated the personal touch I received at Samitivej.