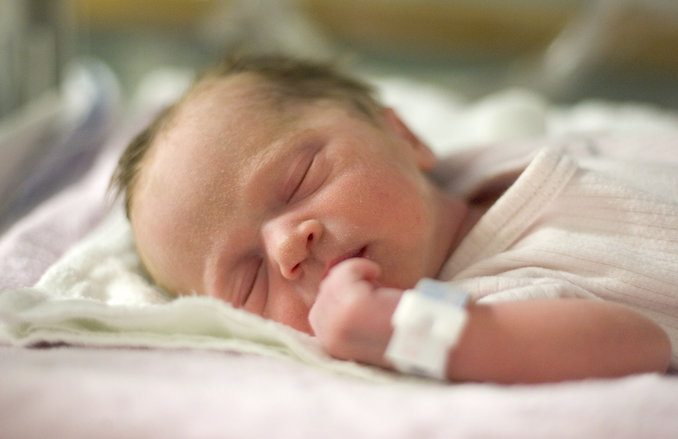 Sepsis can kill and it usually attacks the most vulnerable, the aged and children. The good news is that it can be prevented and even treated effectively.

Sepsis in children — early detection and treatment are critical

When you contract an infection, your body releases some chemicals into your blood to help fight the infection. Sometimes these chemicals cause an inflammatory response, causing sepsis. Sepsis is dangerous and if untreated, it can lead to organ failure and, in some cases, even death. In common parlance, sepsis is often called blood poisoning, only the blood is being poisoned by your own body. To put it simply, when your body’s response to an infection goes out of control, it is called sepsis.

Anyone can develop sepsis and children playing and interacting with others in playpens and playgrounds can contract infections that could trigger the disease. An untreated infection or an open wound could cause sepsis.

Sepsis is particularly dangerous for those with weak immune systems, so neonates (babies who are four weeks old or less) and elderly people tend to be very vulnerable to the disease. According to US-based Sepsis Alliance, globally, one-third of the people who develop the disease die. However, if detected in time, it can be treated with little to no lingering effects. Early diagnosis and treatment are thus critical.

When sepsis occurs within 90 days of birth, it is termed neonatal sepsis. Among infants of this age, sepsis can be early-onset or late-onset, that is, it can occur within 24 to 72 hours of birth or thereafter. Rapid early-onset sepsis is likely among premature babies. If a mother has strep or B streptococcus infection during her pregnancy or if her water breaks 24 hours before the baby’s birth, the neonate could develop sepsis. A hospital stay or exposure to people with infections could also increase the risk of sepsis. Premature babies or those with pre-existing medical conditions might not be able to take some common vaccines. This increases their likelihood of contracting infections like German measles or chicken pox, which could lead to sepsis.

Infants who have developed sepsis may show changes in their body temperature, may have trouble breathing, may have diarrhea or decreased bowel movements, low blood sugar, seizures, vomiting, and their skin and the whites of their eyes may turn yellow. In addition, they will be sluggish, their movements reduced; they would also be sucking less. Their heartbeat may either slow down or speed up and their bellies could seem swollen. They might be feeding less than usual and sleeping more than usual.

Older children might have a high fever (above 100.4 degrees), shortness of breath, and a very fast heartbeat. They might not urinate or may pass less urine. They might also show symptoms of a general illness or might have a scrape or cut that could be infected.

These symptoms, especially among neonates, should be brought to a doctor’s attention immediately. To diagnose sepsis, your doctor might recommend some tests. The doctor might ask for a blood culture, a complete blood count, and/or a C-reactive protein test. Skin, stool, and urine cultures may also be requested depending on a number of factors including the mother’s health. If your baby has breathing difficulties, a chest x-ray might be conducted. Sometimes, a spinal tap (where a needle is inserted into the baby’s lower back to withdraw a small sample of spinal fluid) may also be performed.

What form the treatment takes could depend on the severity of the problem. If your baby seems fine, the doctor might choose merely to monitor it while waiting for test results to reveal the presence of bacteria in the blood. So, be prepared to spend some time in the hospital. If no bacteria are found in the test results, the doctor might send you and your baby home immediately.

If sepsis is suspected, your doctor might not wait for test results and might start treatment immediately since time is of the essence when treating this condition. If not treated on time, sepsis could cause disability or even death. Often, intravenous antibiotics are started immediately if the doctor suspects sepsis. Fluids, glucose, and electrolytes might also be administered intravenously. If your baby has trouble breathing, a ventilator may be used to help efficient delivery of oxygen to the body. Most babies who are diagnosed in time and are treated accordingly recover complete health. However, as noted earlier, timely intervention is the key to a successful recovery.

Since it is our body’s response to infection that causes sepsis, the best way to prevent sepsis is, of course, to avoid infections. Vaccinations can help in preventing certain infections. Washing hands properly and with soap decreases the chances of contracting an infection or even spreading it. Similarly, treating wounds and keeping them clean will ensure that they do not become infected.

When attempting to prevent sepsis in neonates, doctors advise that the mother’s health must be taken care of. Doctors prescribe antibiotics if the mother has previously had a child who contracted neonatal sepsis or if the mother tests positive for an infection before her due date. Breastfeeding strengthens your child’s immunity, thus keeping infections away. Avoiding a premature birth can also prove helpful. Proper prenatal care, avoiding drugs and alcohol, and a healthy and balanced diet will help in this effort. Ensuring that the place where you are to give birth is clean reduces the possibility of your baby contracting an infection. Speak to your doctor about any concerns you may have and remember to consult a doctor immediately if you notice any symptoms.

Sepsis in Children Sepsis can kill and it usually attacks the most vulnerable, the aged and children. The good news is that it can be prevented and even treated effectively.
User rating: 5 out of 5 with 1 ratings