When Someone Close to You Has a Screen Addiction 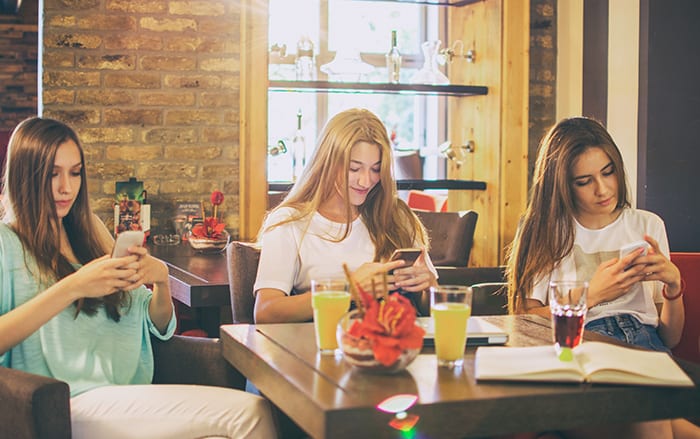 A friend goes to the bathroom but doesn’t come out for the best part of an hour. You may ask them questions for which they merely offer answers, such as “uh huh” or “hmm”. You ask them out but they refuse your offer, preferring to stay in their room hunched over their smartphone as they diligently tap away at the screen while all you can do is wonder whether they are playing a game or merely keeping up with their social networking.

Such addictive behaviors are considered to be crucial aspects of our personality and those who designed the programs and applications, including games as well as social media platforms, are highly trained in getting and maintaining a person’s attention via a device.

These characteristic addictive behaviors are the response to a form of reward system, similar to that which occurs when a person gambles. The initial period is filled with excitement, but this soon turns to disappointment after a certain amount of time, resulting in the person involved chasing that initial feeling by increasing the amount, money or time they believe is necessary to achieve that feeling.

Where this behavior is repeated over a prolonged period, the initial positive emotion becomes harder and harder to access, so more and more time must be put into achieving the same positive feelings as before, resulting in ever increasing sacrifices being made by the addict.

Screen, game or social media addictions are no different, thus we need to be aware of this silent danger which could be creeping up on those close to us, including our friends, family and even ourselves.

In addition to the physical damage caused by not getting enough rest, as well as the deterioration in eyesight resulting from staring at a small, brightly lit phone screen for extended periods of time, a screen addiction can also negatively impact our emotional health. This is due to the body’s increased production of dopamine (a chemical associated with feelings of happiness) when we spend a long time looking at our screens. However, if the body produces this chemical continuously for over 2-3 hours, the emotion produced will turn to stress, which can negatively affect a person’s mood.

Hence, you will notice that those addicted to games, whether they are children or adults, will usually be in a good mood when they begin playing, but that this mood will transform into stress or a feeling of needing to beat the game when they’ve been playing for a prolonged period of time.

It is almost as if they have been sucked into the game’s virtual world and have subsequently forgotten about the real world around them. Then, if this trance-like state is interrupted, they can often display aggression and frustration with those around them, similar to the problems experienced by people close to those addicted to methamphetamines. Their bodies also produce large amounts of dopamine at the outset of their addiction, but when the body produces this chemical for an extended period of time, they end up displaying signs of stress and aggression. When such an addiction is allowed to continue, it can eventually lead to them hearing voices that aren’t there alongside hallucinations.

Children vs. adults: How do their screen addictions differ?

When children and adults become addicted to their devices, the consequences may not differ significantly, because both children and adults share the same neurology. That being said, adults have different levels of concentration and understanding, as well as greater work-related duties and other responsibilities that come with being older. Children, on the other hand, are at an age where fun can be prioritized due to their lack of responsibilities, making it easier for them to become addicted to their devices.

Children who become addicted to games are sure to worry their parents. However, if that child still displays a level of responsibility for their actions, while continuing to attend school regularly and maintain academic focus, parents need not feel overly anxious about their gaming. Nevertheless, parents and guardians should not allow children under the age of three to spend time staring at any form of screen, due to this being a crucial period of their development when they are highly susceptible to copying the behavior of others.

Biological, psychological and sociological: being aware of the indicators for a screen addiction

Parents should wait until their child reaches the age of three before carefully considering whether they should be allowed to use a device, while any usage should be under the supervision of adults in order to prevent issues related to discipline and self-control. Such behaviors can be trained from around 6-7 years of age, until no older than 10, as at this age the child can begin thinking reasonably.

Contrastingly, adults with screen addictions often do not realize they are addicted, so those around them should be on the lookout for the tell-tale signs, informing them of any change in their behavior with well-thought-out, reasoned comments that will help them become aware of their disorder. Any such conversations should be calm and encouraging because those with a device addiction may often find it difficult to come to terms with the truth.

Nonetheless, both children and adults with a serious screen addiction could end up suffering from problems related to their body (biological), emotional well-being (psychological) and social interactions (sociological).

A screen addiction could occur as a result of irregularities affecting neurotransmitters in the brain causing the person to harbor addictive tendencies. Alternatively, the addiction could be down to various types of health disorder, such as ADHD, mood swings, depression and bipolar disorder, meaning that the sufferer can only concentrate on the things they truly enjoy or that they find it extremely difficult stop playing the games they love.

Making an appointment to consult a doctor is therefore of huge importance as the doctor will be able to carry out a detailed diagnosis to identify the source of any irregularities and provide the appropriate treatment. Therapy may also be considered as a form of treatment which could enable the sufferer to make a full recovery.

For those people with issues related to their mental well-being, practicing self-discipline, listening to the opinions of those around them and accepting social norms can be of assistance.

Furthermore, a person’s environment also plays a key role in managing any addiction. If children are allowed to socialize primarily with other children who have screen addictions, taking themselves out of those circles can be extremely difficult. Parents and guardians must therefore be careful to manage their child’s environment as well as the friends they socialize with. Conversely, adults can steer clear of screen addictions by going out to meet friends, finding new outdoor hobbies and exercising regularly, with the added bonus that these activities can also help maintain physical health.

Digital technology is an inescapable facet of modern life, be that in terms of our online communications, keeping an eye on the latest celebrity gossip, playing games or even shopping online, all of which can be carried out at the tap of our fingers through our smartphones. Therefore, being aware of the time we spend online and listening to those around us who have our best interests at heart is of the utmost importance, as are practicing self-discipline, accepting the truth and placing a limit on screen time, to give ourselves the best chance of a happy and fulfilling daily life.

When Someone Close to You Has a Screen Addiction Spending a long time focusing on a screen will result in the body producing chemicals associated with happiness. However, if the body produces this chemical for a prolonged period, meaning over 2-3 hours, the resulting emotion turns to stress, which can have a negative impact on a person’s overall demeanor.
User rating: 4 out of 5 with 1 ratings