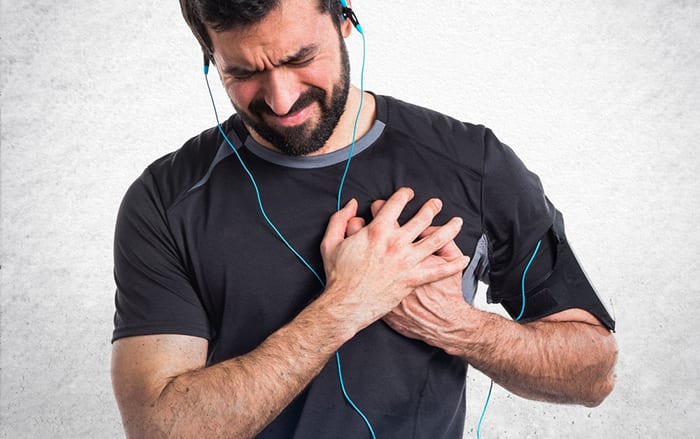 Suffering a heart attack while exercising is something that nobody ever wants to experience as it poses significant risks. Such an attack can be life-threatening should proper treatment not be administered in a timely manner.

We are all aware of how important exercise is when it comes to improving health and strengthening our cardiovascular capabilities. Then, how come every now and then there is news about long-distance runners suffering heart attacks while running?

Research looked at full and half marathons which took place all over the USA during a 10-year period from 2000 to 2010. They found that of the 11 million people studied, 59 suffered cardiac arrest, which is a ratio of 1 in 184,000. However, when we compare these numbers to the fatalities that occur as a result of accidents on Thai roads, it is 1 in every 10,000. Hence, road accidents fatalities are almost 2 times more. I personally think that the reason we are seeing more news stories about runners suffering from heart attacks during a race is simply because there has been such a marked increase in the number of runners in Thailand of late.

The key conclusions from the research based on the information gathered from 59 runners who experienced a cardiac arrest are:

Being mindful and aware of the signs is important

Interestingly, the rate of fatal cardiac arrests among this group (71%) is lower than in the general population, which is 90%. This may be a result of first aid facilities present at running events. The United States is one of the countries particularly prepared to offer efficient treatment in this regard. We may not have the same facilities here in Thailand. However, we can reach satisfactory standards of safety in the future if runners are mindful of their fellow competitors. Furthermore, one should inform officials of any irregularities they experience or witness.

Finally, although the rate of people who suffered cardiac arrests is not particularly high, being aware is vital. Being informed of the signs that someone may be in danger could help protect them from harm. Anybody who experiences tightness in the chest, feels like they’re about to faint or cannot breathe properly should decrease their speed until they come to a stop. After that, immediately inform someone close by about their situation.

If you do witness a fellow runner losing consciousness during a race, carry out the first aid using the following steps:

While these simple steps could be enough to save a fellow runner’s life, I sincerely hope that this fate does not befall any of you. Running-related heart attacks Suffering a heart attack while exercising is something that nobody ever wants to experience due to the significant risks it poses. Such an attack can be life-threatening should the proper treatment not be administered in a timely manner.
User rating: 0 out of 5 with 0 ratings