Obesity Can Put Children at Risk of High Blood Pressure 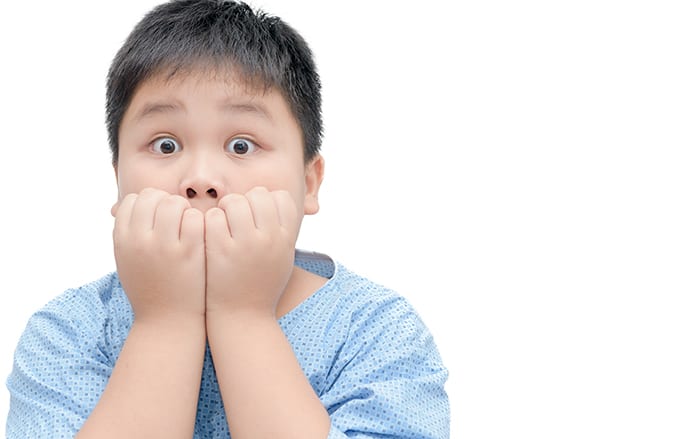 The relationship between childhood obesity and high blood pressure

From the statistics gathered in Eric L. Cheung’s 2017 study, published in the Pediatrics Journal, it was found that 39-43% of people in North America, Europe and South America were overweight. It was also found that 21-23% of children in these groups, and around 10% of children in Asia suffered from obesity.

Blood pressure during childhood and its influential factors

What are the explaining mechanism of high blood pressure in obesity?

Studies into high blood pressure have found that the risk increases with a person’s weight, whether it is associated with insulin resistance; hormones found in fat tissues such as leptin or the presence of free radicals. In addition to these substances, the hormone aldosterone that has already been known to play a crucial role in regulating body’s sodium levels and blood pressure; as studied by Professor Wakoko Kawarazaki in work published in 2016, was significantly found dysregulation of this hormone in obese children. The professor also showed that obesity had an impact on the body’s ability to excrete and regulate sodium levels in the kidneys, meaning obese people are more at risk of developing high blood pressure alongside having abnormally high blood pressure in their kidneys.

The risks posed to children by high blood pressure

From recent studies in tertiary care center, high blood pressure in children are mostly from known-causes that needs further investigation in all children who have been diagnosed with this condition.

Groups of children who should undergo high blood pressure screening

1.Children under the age of 3 with a history of the conditions listed below are considered to be most at risk:

2.Children over the age of 3 who should be checked in every healthcare encounter:

Treating high blood pressure as a result of childhood obesity

Treatment may take the form of medicated or non-medicated courses of action, depending on each individual diagnosis. Doctors will first screen for any underlying health conditions, such as kidney disease, hormonal issues, heart disease and, if no clear cause is identified, they will proceed to check the family’s medical history and counsel for probable causes. The doctor is likely to suggest making the following lifestyle modifications for children diagnosed with high blood pressure:

For children who have underlying diabetes or chronic kidney disease, medicines should be properly prescribed regardless of blood pressure level.

Obesity Can Put Children at Risk of High Blood Pressure The number of obese or overweight children are increasing significantly, parallel to a higher prevalence of high blood pressure in children. Currently, these groups are up to 10.6 times more at risk of high blood pressure than children without these conditions.
User rating: 4.63 out of 5 with 8 ratings