The Risks of Being Pregnant with Twins 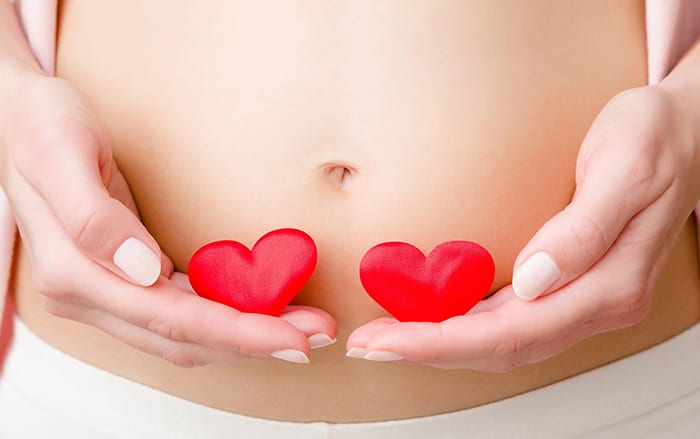 For partners who have always wanted to have multiple children, the occurrence of a twin pregnancy is likely to be a source of great joy. Some mothers feel relief at the thought of not needing to become pregnant again, and going through the associated pain on numerous occasions. However, when viewed from another perspective, a twin pregnancy can also be a source of anxiety due to its associated risk factors. The human uterus is only designed to support one fetus at a time, so becoming pregnant with twins can often lead to various issues which may place both the mother and offspring, at risk.

How common are twin pregnancies?

In the past, the chances of a twin pregnancy were a mere 3 in every 1,000, but the current trends show that such pregnancies are becoming increasingly more prevalent due to a whole host of factors. Nevertheless, the two main reasons behind the increase in twin pregnancies can be categorized as follows:

Twin pregnancies are classified according to the following 3 characteristics:

Each type carries with it a unique set of risks but the type considered most dangerous by those in the medical field is the 3rd type, as such a pregnancy can result in numerous health complications. These complications include the fetuses and organs fusing together, which is already a risk in normal pregnancies or, where the fetuses and organs do not fuse together, the unborn children could move around so much that their umbilical cords become tangled, placing both of them at risk. Alternatively, one of the twins may take all the nutrition – the fact that they are sharing the placenta means they must also share vital nutrition – potentially resulting in issues affecting their weight and growth.

What are the signs that you may be pregnant with twins?

For women who have become pregnant naturally, the initial period of a twin pregnancy may not differ from any other. However, be on the lookout for the following two conditions: worse-than-normal morning sickness due to the increase in hormonal activity resulting from a twin pregnancy, and abdomen size, which you should be observant of in case of any irregularities. In the latter case, it is best to attend a doctor’s appointment to screen your pregnancy because an enlarged abdomen could be a result of many different factors, including twin pregnancies or the mother’s pre-existing myoma and ovarian tumor or an excess of fat around the abdomen or a greater-than-usual amount of amniotic fluid being produced. On the other hand, women who find it difficult to conceive and have therefore utilized assisted reproductive technologies will already know whether or not they are pregnant with twins as doctors would carry out the ultrasound examinations in the early stages of pregnancy, and then regularly every 2-3 weeks, depending on the types of twin pregnancy.

What makes twin pregnancies so dangerous?

Twin pregnancies place all parties at risk due to the potential complications that can arise throughout the duration of the pregnancy, as well as during the birth and afterwards. During the pregnancy, miscarriages, anemia and high blood pressure are all possible, while the chance of the mother developing diabetes is also increased. Then, with regard to the birth itself, premature arrivals, hemorrhage and placenta Previa are all potential problems, while the mother is also at a greater risk of postpartum hemorrhage and post-natal infections after the birth has taken place. Meanwhile, the possible ramifications for the twins include an increased risk of premature birth or stunted growth. Due to all of the aforementioned risks, doctors consider twin pregnancies as particularly risky.

Twin pregnancies and the risk of congenital disabilities

Where a twin pregnancy comes about as a result of assisted reproductive technologies, doctors will inform the parents that their children will be placed at an increased risk of genetic abnormalities. This is due to the practice usually only being utilized by women who are at an advanced age, meaning any pregnancy would already carry such a danger with it due to genetic irregularities being more likely to affect women later on in life.

The method of birthing depends entirely on the medical staff’s diagnosis of the situation. In cases of a regular twin pregnancy, whereby both infants are in the head down position within the womb and no other irregularities are present, a natural vaginal birth may take place. However, such a birth is dependent on various other factors, including the readiness of the nurses and doctors on hand because, even though a natural birth may be planned, there must also be measures in place should a caesarian section operation be required. Such an operation may be necessary where the first child has been born normally while the second child has repositioned itself in the breech position. In such cases, a caesarian section must take place if seriously dangerous complications are to be avoided.

Advice and recommendations for women pregnant with twins

The first thing to do is register your pregnancy with a trusted medical facility as twin pregnancies will require more frequent medical appointments than regular pregnancies due to the increased risk of complications occurring. With regard to dietary needs, pregnant women should be eating the 5 main food groups in moderation, with there being no need to increase intake of any food stuffs, including supplements and vitamins. Just eat amounts that are suitable for pregnant women, get plenty of rest and avoid risk factors such as smoking or drinking alcohol and caffeinated beverages. Crucially, once you have successfully placed your pregnancy under the care of medical professionals, be sure to attend all appointments so that your doctor may monitor your pregnancy. 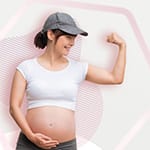 The Risks of Being Pregnant with Twins Twin pregnancies which carry the greatest risk, and are therefore considered complicated by doctors, are those in which the same placenta and amniotic sac is shared by the twins.
User rating: 0 out of 5 with 0 ratings 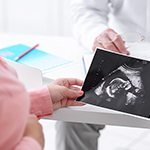