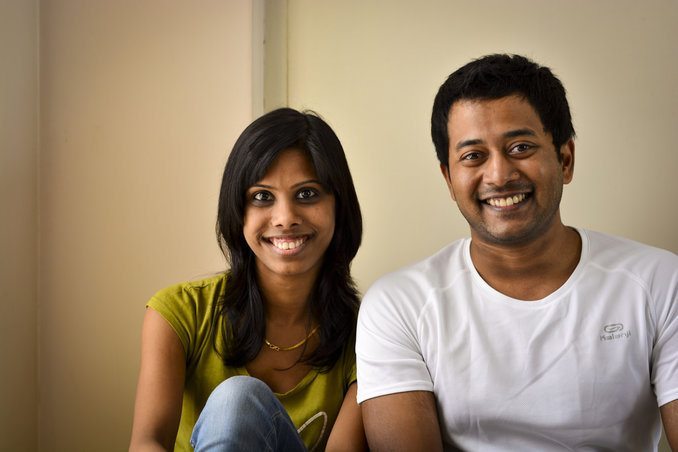 All new parents want their babies to be born as safe and perfect as possible. For couples dealing with infertility issues, it is important to explore every avenue possible in order to achieve a successful, healthy pregnancy.

Today, a new technology known as “Pre-Pregnancy Genetic Testing” is available in Bangkok, Thailand. This test has proven to be a very valuable screening process for those who are planning to have children through fertility treatments. Let’s take a look now at the benefits of this technology and how important it really is.

What is Pre-Pregnancy Genetic Testing?

Pre-Pregnancy Genetic Testing is the screening and diagnosis of possible gene abnormalities, which also allows doctors to select embryos that are the healthiest and then implant only those ones back into the womb (uterus). It gives those battling infertility a greater opportunity for conception and pregnancy, and helps to reduce the risks of children being born with genetic disorders.

If parents have been been screened for genetic disorders and have found that they both have or are carriers of a genetic disorder, Preimplantation Genetic Diagnosis (PGD) will be used.  PGD is a diagnostic procedure used to test embryos in order to prevent the parents genetic disorders from being passed on. It tests for genetic defects in early embryos (at a deeper level than Preimplantation Genetic Screening), either for a specific known genetic condition or from a number of disorders, and uses the diagnostic outcome to help avoid said conditions from being transmitted to the child in cases where either one or both parents know they or a family member are carriers (for example, of thalassemia, etc.). Once screening is completed, only chromosomally normal embryos or those unaffected by specific disorders are selected for transfer back to the uterus, thus maximizing the chance of achieving an ongoing successful pregnancy.

The PGD procedure involves the removal of cells from the embryo for genetic analysis. Currently, there are two main time frames for embryo biopsy:

Modern day parents have a greater opportunity than ever to educate themselves on childbirth, and the ways in which to minimize or eliminate possible risks or problems that could occur. Birth defects are found in approximately three to five percent of all live births. Within this percentage, certain defects can be prevented:

Disorders included in these groups can be detected and prevented. However, those in the following groups, are disorders caused specifically by gene abnormalities associated with recessive genes in the parents that affect the child. In Thailand, the risk of discovering this type of abnormality is currently 25%.

Commonly found here in Thailand, is a blood disorder known as thalassemia. With this disorder, if only one of the parents has a latent gene or is a carrier and the other is not, the likelihood of the child developing the disease is virtually nonexistent. If, however, the latent gene is present in both parents or they are both carriers, the chance that the child will be born without the condition is 25%; the likelihood of the child becoming a carrier is 50%; and the chance that the child will develop thalassemia is up to 25%.

If both parents have thalassemia, that is, recessive gene meets recessive gene, the chances of the child having thalassemia is 100%. These types of disorders are known as genetically inheritable disorders and are incurable. What we must know, in fact, is that every one of us carries some kind of defective genes; no one is perfect. Everyone has up to 2000 recessive genes, and thus issues such as these are not the fault of anyone in particular. These issues have led to the development of new technologies for the diagnosis and screening of disorders which will aid parents in having the healthiest children possible. The technology we are referring to is Pre-Pregnancy Genetic Testing. All parents want their children to be born as healthy and free of disease as possible, and Pre-Pregnancy Genetic Testing can help to meet the needs of this important issue.

Presently, Pre-Pregnancy Genetic Testing can provide analysis of up to 600 recessive genes. This means we are now able to identify carriers of genetic diseases that are likely to cause disabilities or deformities much more comprehensively than ever before. Screening has developed even further to where we can now discard the abnormal gene and select the best one for implantation, which can help couples with infertility issues to raise their chances of pregnancy and reduce the risks to the baby of various disorders and diseases. For parents who are carriers of genetic disorders, this testing will allow them to have the healthy children that they desire.

For Whom is Pre-Pregnancy Genetic Testing Advised?

Where to Seek Advice About Pre-Pregnancy Genetic Testing

Couples wishing to undergo Pre-Pregnancy Genetic Testing can seek advice from doctors specializing in infertility and reproductive medicine, or from an obstetrician.

If you do, you will see that Pre-Pregnancy Genetic Testing is another important option that no mother, parent or couple should overlook. Although it is certainly every couple’s prerogative to decide whether or not they will undergo screening, choosing to screen is the better option, as there are many disorders that are not easily observed, but that could be present and latent in a parent’s or their spouse’s genes. If those genes passed on to a child, treatment for these kinds of diseases is generally no longer possible.

Pre-Pregnancy Genetic Testing for Infertility Patients Today, a new technology known as “Pre-Pregnancy Genetic Testing” is available in Bangkok, Thailand. This test has proven to be a very valuable screening process for those who are planning to have children through fertility treatments. Let’s take a look now at the benefits of this technology and how important it really is.
User rating: 4 out of 5 with 2 ratings