Making the Most of Menstruation Postponement Medication 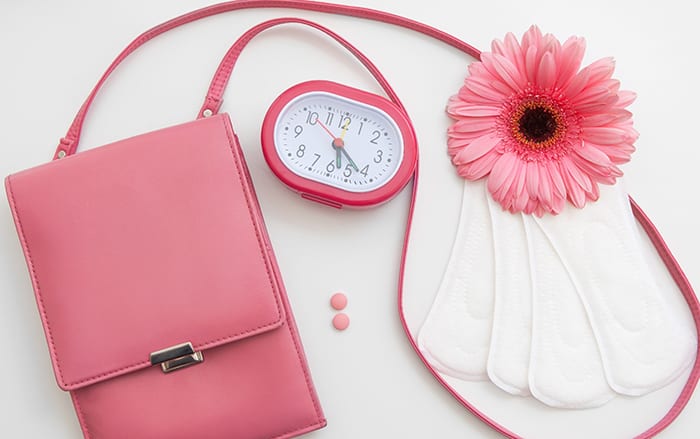 Menstruation postponement medication is an option available to ladies who do not want their menstrual cycle to negatively impact their daily life as there may have already been numerous times when their period has led to them delaying trips or holidays. Thus, turning to menstruation postponement drugs can be an effective option for these women.

How do menstruation postponement drugs work?

All women will experience vaginal bleeding, or the period, when their bodies reach a certain point of maturity. This bleeding will occur every 28-30 days and, from the end of the period until the middle of the menstrual cycle, the female’s body will prepare for ovulation, meaning that for those women whose cycles regularly last 28-30 days, the 14th-15th days subsequent to the start of the period is when ovulation will occur. At this time, the body will produce progesterone to thicken the endometrium for around 2 weeks in order to prepare it for fertilization. Then, if the female is not impregnated, the brain will send signals to halt progesterone production and the thickened endometrial walls will become displaced, exiting the body as menstrual bleeding.

Menstruation postponement medication contains the progesterone group of hormones, which work by stopping the thickened endometrium from being displaced. Those wishing to postpone their period must be certain of the dates involved in their menstrual cycle. For instance, in a case where the period arrives on the 29th day of each cycle and regularly lasts 2-3 days, it means that ovulation will occur around the 14th-15th of the cycle. Hence, if a woman wishes to postpone her period, progesterone levels must be maintained by lengthening the natural production of progesterone which begins around the middle of the cycle. This can be done by taking progesterone drugs according to the number of days by which they wish to postpone the period. Then, once taking the drugs is discontinued, the endometrium will immediately be displaced and the menstrual bleed will occur.

Effective use of menstruation postponement drugs

Progesterone is naturally secreted around 2 weeks prior to the menstrual bleed, so the most effective time to take menstruation postponement medication is around 1 week before the period is anticipated to arrive, as this will give plenty of time for progesterone levels to be increased. In cases where the drugs are taken during the period, or a mere 2-3 days prior to the period, their effectiveness may be reduced because the body will already be aware that no fertilization has taken place and the process of menstruation will have begun as normal. The drugs should be taken daily until the desired date of the menstrual cycle, which will begin as soon as taking the drug is ceased.

While it is true that menstruation postponement medication does not have any negative side effects for the body, prolonged or overly frequent use of these drugs could potentially result in menstrual cycle irregularities, with the body requiring more and more time to return to its normal state. Thus, such drugs should only be used when absolutely necessary.

In cases where abnormalities arise, or where uncertainty surrounds your menstrual cycle, seek medical attention from a qualified obstetrician in order to identify the causes, receive advice, and undergo any appropriate treatment thereafter.

Making the Most of Menstruation Postponement Medication Menstruation postponement medication cannot be used as a substitute for birth control drugs as its effects do not extend to pregnancy prevention.
User rating: 0 out of 5 with 0 ratings