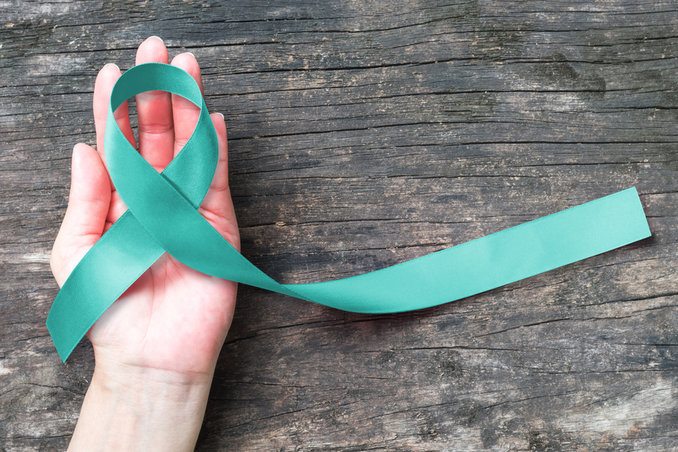 Today, women’s lives are busier and more complex than ever before. We have taken on roles that were traditionally dominated by males, while still contending with unique physical characteristics and issues that many men cannot fully understand. We have different organs that have to be cared for uniquely. Additionally, we must protect ourselves from breast and cervical cancer, which are all too common. It is imperative that women take care of themselves so that they can specifically avoid ovarian cancer, because it is a silent killer that catches many victims off guard.

Before talking in depth about ovarian cancer, our doctor explains that it is important to first know about the ovaries – main organs in the female reproductive system. The ovaries are located near each side of the fallopian tubes and have two main reproductive functions. Firstly, they produce the female hormones that control certain functions and changes in a woman’s body. Secondly, the ovaries produce eggs that can grow to become a fetus when fertilized by sperm. Now that we know about ovaries, we will talk about ovarian cancer. There are several types of ovarian cancer. An ovarian cyst can grow to be very large and the growth of abnormal tissue is known as an ovarian tumor. Ovarian tumors can be benign or malignant. Malignant tumors are cancerous. The different types of ovarian cancer include, epithelial cell tumors, germ cell tumors and sex cord stromal tumors. Ovarian cancer can occur in women of any age, through the reproductive years, through menopause, and beyond.

The exact cause of ovarian cancer is not known and even the known risk factors still cannot be proven as direct causes. Currently, there are a number of research studies being conducted to help us better understand this condition. Nevertheless, most tumors develop for reasons that remain unknown. However, one known risk factor is a genetic predisposition to related conditions. People with a family history of breast or colorectal cancer appear to have a higher risk of developing ovarian cancer. There are also some environmental risk factors for cancer, but these seem to be few in number, based on current knowledge.

Now let’s talk about symptoms. Ovarian cancer usually presents with no symptoms in the early stages due to its small size. When the tumor becomes larger, however, most patients will have some tolerable pain in the lower abdomen, abdominal bloating, abnormal fullness after eating, indigestion, distended abdomen, abdominal discomfort, difficulty with urination, frequent urination and irregular menstruation. Surgery is the primary treatment for ovarian cancer. The purpose of the surgery is to remove the ovaries. Laparoscopic surgery is widely used today; it is minimally invasive surgery (MIS), that requires a smaller incision and results in less pain. However, the surgery alone is not always an adequate remedy. In some cases, chemotherapy must be used with certain cancers or at certain stages. Chemotherapy definitely has some side effects, including loss of appetite, irritation of the lining of the digestive tract, mouth sores, hair loss, nausea, vomiting, numbness in the hands and feet, loss of balance, and other symptoms. Moreover, ovarian cancer can return even after surgery and chemotherapy. As explained by our doctor, the problem arises because ovarian cancer is often detected only after it has spread to other regions due to the lack of symptoms in the early stages, making treatment more difficult.

Finally, of the primary health issues affecting women, ovarian cancer is difficult to detect; therefore, it is best to be vigilant in having annual checkups and being aware of abnormal symptoms. When ovarian cancer is detected, being strong, confronting the disease head on, and participating in the treatment with a positive attitude and outlook for the future will be incredibly beneficial. Chemotherapy definitely has side effects and they are different for different people. However, it is important to accept and cope with the cancer; a positive, strong outlook can mean that there is light at the end of the tunnel.

Ovarian Cancer: Beware – Silent Killer It is imperative that women take care of themselves so that they can specifically avoid ovarian cancer, because it is a silent killer that catches many victims off guard. Discover more about its symptoms, diagnosis and treatment here.
User rating: 5 out of 5 with 3 ratings