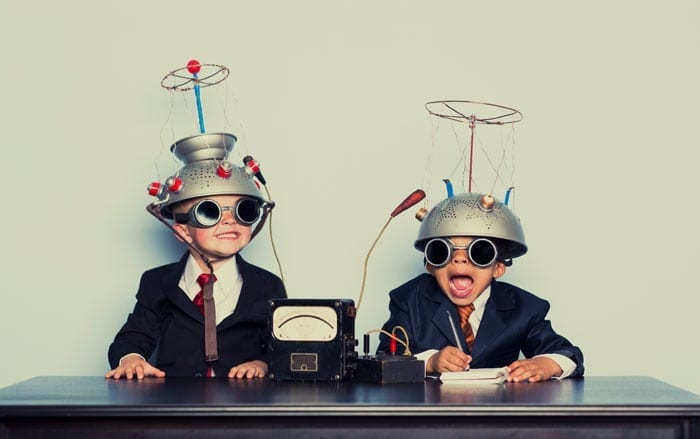 Hydrocephalus is a very serious condition caused when an excess supply of cerebrospinal fluid (CSF) builds up in the ventricles of the brain. 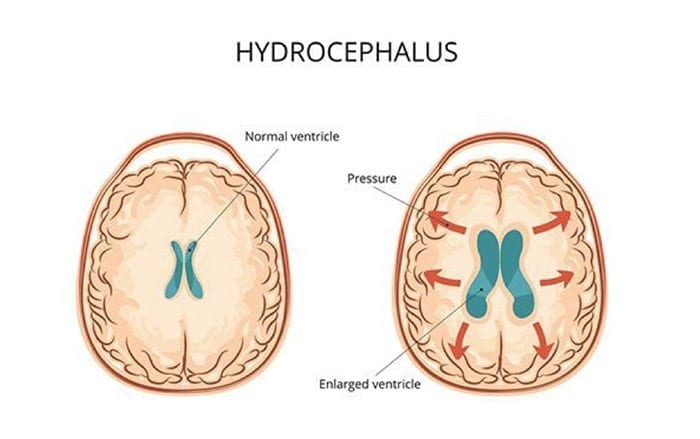 The brain and spinal cord are surrounded by CSF and when the normal circulation of CSF is prevented in some way, it collects in the ventricles and they increase in size, building pressure inside the head, which causes hydrocephalus.

Some hydrocephalus is congenital, that is, it is present at birth. It may have been caused by something that happened when the fetus was developing in the womb or by genetic abnormalities. Hydrocephalus which develops at any time after birth is called acquired and may affect people at any age. Injury or disease may be the cause of acquired hydrocephalus. It is possible for a child to develop hydrocephalus which does not reveal its symptoms until adulthood, although this is rare. Often, though not in every case, this type of hydrocephalus is caused by aqueductal stenosis.

Once a medical practitioner suspects some type of hydrocephalus to be present, he or she will carry out various tests to ensure the diagnosis is correct and to ascertain the suitability of the patient for shunt treatment.

There are four main types of tests:

It is extremely important that, as soon as hydrocephalus is suspected, a neurosurgeon or neurologist becomes one of the medical team dealing with the patient. They can assist in interpreting test results and will be able to assess a patient’s suitability for receiving a shunt. They will also be able to discuss the surgery with the patient, outline follow-up care and discuss risks and expectations of the surgery.

A shunt, which is a surgically implanted device that drains CSF from the brain into another part of the body where it can be absorbed, is the only treatment available for hydrocephalus.

Commonly a shunt system will have three components:

None of the components of the shunt system are exposed after the surgery, as they are completely hidden beneath the skin. An alternative treatment called endoscopic third ventriculostomy may be an option for a small number of patients.

A neuroendoscopy, which is a tiny camera employing fiber optic technology to reveal small and hard to reach surgical areas, enables the doctor to see the ventricular surface. The doctor guides the neuroendoscopy equipment into the correct position and then uses a tool to make a very small hole in the floor of the third ventricle. The CSF can then drain through the hole and flow towards the site of reception around the surface of the brain, avoiding the obstruction.

Is shunting suitable for every patient?

It is possible, but extremely unusual, for patients to make a complete recovery from hydrocephalus. Most patients and their families will feel that shunt surgery was successful if it has improved the patient’s quality of life by reducing the level of disability or dependence experienced before the operation or more neurological deterioration was prevented.

In most cases of hydrocephalus the recommended treatment is to put in a shunt. The shunt drains the excess cerebrospinal fluid (CSF) from the ventricles in your child’s brain to another part of the body where it will be absorbed. The aim of this treatment is to reduce the pressure in your child’s brain by draining the CSF that your child’s ventricles are producing. Usually, the fluid is drained through a tube into the abdomen (belly). This is called a ventriculoperitoneal shunt (VP shunt). Sometimes the tube drains into the lining of the lung, or into an upper chamber of the heart (Atrium).

There are a number of different symptoms for hydrocephalus that may present themselves during an individual’s lifespan, starting from unborn children all the way to the elderly. Throughout a woman’s pregnancy, a scheduled ultrasound will normally be able to identify either enlarged ventricles or spaces within the child’s brain. For infants, the most noticeable symptom is an abnormal enlargement of their head. As the child grows, the symptoms will become less physically apparent, but rather present themself in the form of nausea, vomiting, headaches or blurry vision.

Dizziness and vision problems remain the primary symptoms of hydrocephalus from teenage years right through until middle age. For the elderly, if they are diagnosed with normal pressure hydrocephalus (NPH), the symptoms are generally more severe. This often includes the deterioration of bodily functions such as walking, trouble developing coherent and cogent thoughts, and poor bladder regulation.

To ensure early diagnosis and treatment, it is important to recognize the warning signs when they present themselves. They include:

Hydrocephalus Hydrocephalus may be caused by abnormalities that occur during fetal development, or genetic abnormalities. Symptoms may become visible in anyone at any time, regardless of age.
User rating: 5 out of 5 with 1 ratings