For the Elderly, Merely Swallowing Food Can Be a Life-Threatening Hazard 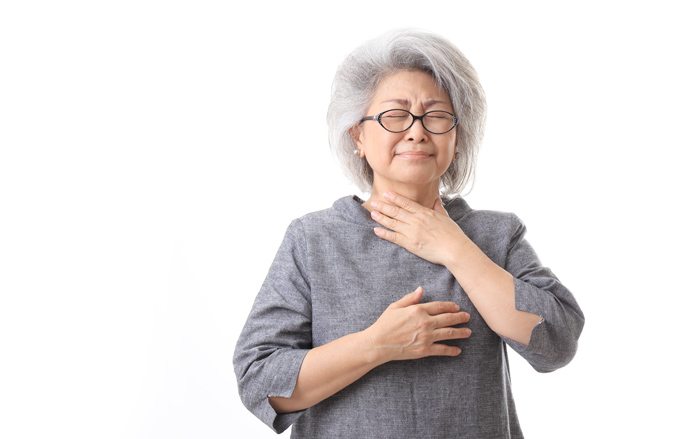 Elderly bodies start to slow down as their age increases. The immune system weakens and they are not as strong as they were when they were young. Relatively small things, such as swallowing food, can potentially become a huge problem. For example, food entering the lungs through airways can cause lung infections. Elderly people who find it hard to swallow properly may become fearful of eating altogether which can lead to issues in nutrition. Elderly people who have problems of cleaning their own phlegm or saliva are at risk of choking, which can lead to respiratory failure. Taking all this into consideration, geriatric dysphagia should not be a subject that is easily dismissed, as it can severely damage health and can be a precursor to various life-threatening illnesses.

Choke Risks in the Elderly

Although the swallowing process itself does not change and still uses the same muscles as before: as people age, their organs start to deteriorate. This begins with the mouth and teeth. Elderly people often encounter problems, such as brittle or broken teeth and gum disease. Furthermore, as our bodies get older, our mouths tend to dry out, which leads to problems when chewing and swallowing food. Additionally, some elderly people suffer health issues related to muscle control, such as Parkinson’s disease, paralysis or Alzheimer’s, which place them further at risk of choking.

Which symptoms should be considered serious enough for that person to see a doctor?

How to tell how serious someone’s dysphagia is

A Dysphagia Video fluoroscopy is one way to tell how serious a person’s dysphagia is. This is done by inserting a camera slowly into the patient’s mouth and asking them to swallow. The footage can then be assessed to find out more about their swallowing action, including how much they swallow in one time and the rhythm of their swallowing. Patients can then be given a dysphagia rating which, if higher than 10%, means that they are at severe risk of choking. Moreover, if their swallowing action results in their larynx not closing properly, it can put them at risk of ingesting food into their lungs, which further heightens the health risks involved for that patient.

Caring for patients with dysphagia

Directions for patients and carers

First steps when dealing with geriatrics who show sign of choking.

Geriatric dysphagia should not be viewed as small matter that can be overlooked as normal. Dysphagia can have serious consequences. Keeping an eye out for geriatric dysphagia is essential so that initial care can be provided and a doctor can be alerted immediately.

For the Elderly, Merely Swallowing Food Can Be a Life-Threatening Hazard Geriatric dysphagia should not be viewed as small matter that can be overlooked as normal. Dysphagia can have serious consequences
User rating: 3.67 out of 5 with 3 ratings 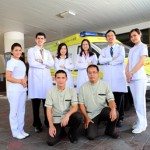