You Can Tell a Lot From Fecal Matter 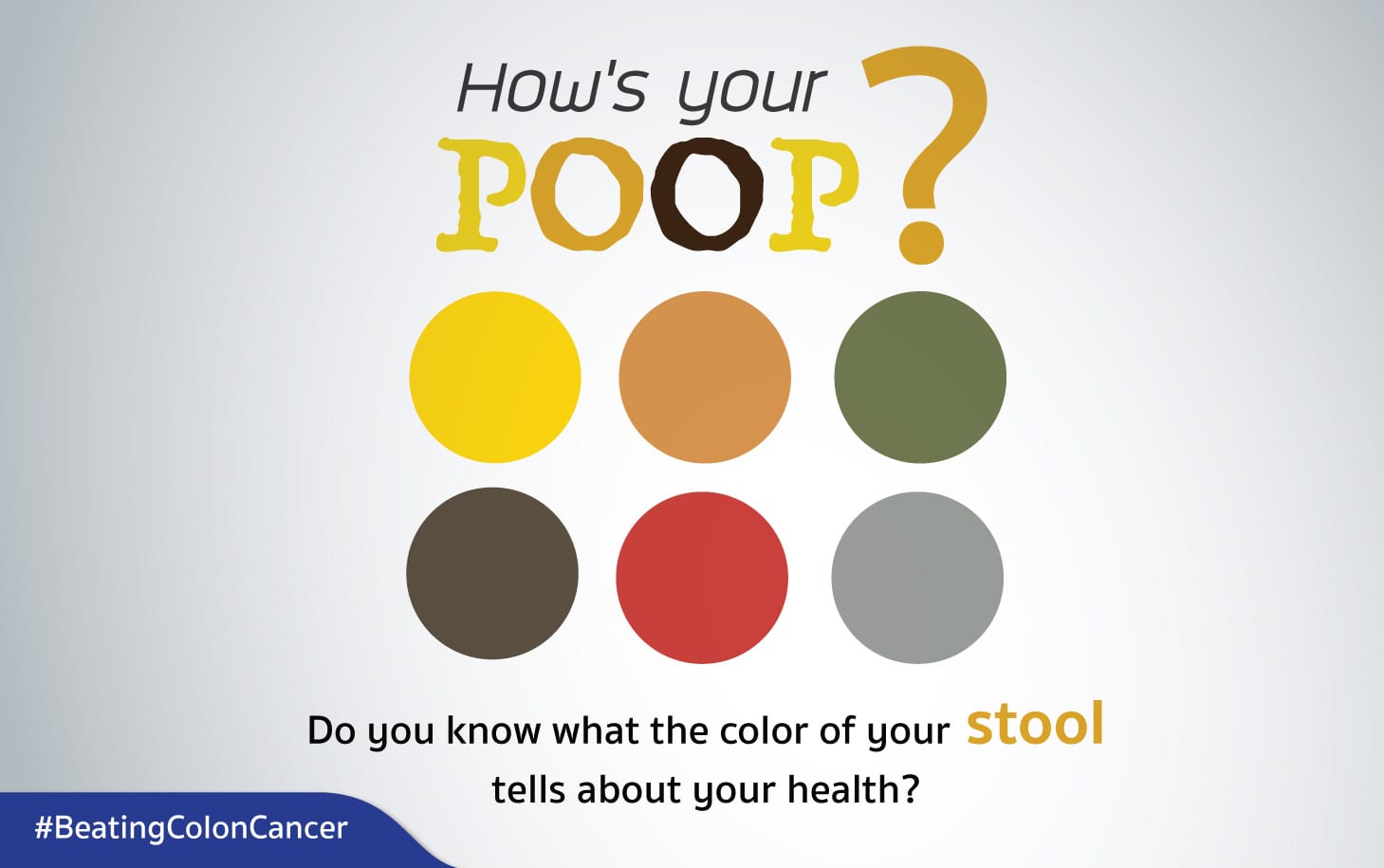 When we eat food, our stomachs are responsible for digesting it and taking the useful nutrients away for use around the body. After this process, the waste is excreted as feces. Generally, the color and consistency of stools differ depending on the type of food we eat and the amount of fluids we take on. However, careful observations of the color and consistency of our feces can be an effective way to identify any potential health issues. It is important that we inspect our stools regularly, focusing on their color and appearance, as this is an effective, easy-to-do way to carry out basic health screening that anyone is capable of doing at home.

Brown and yellow coloration is a sign of a healthy stool, meaning that the digestive system is functioning normally. Light brown feces is a result of the liver bile working well to digest food. If the stools are faint yellow colored, greasy and distinctly pungent in aroma, it could be a sign of excess fats present in the feces, which could be a signifier that there are problems with the liver bile. Alternatively, it could be a sign of abnormalities affecting the digestive system, or nutrient absorption issues with the colon which, if experienced for several consecutive days, should precipitate an appointment with your doctor to undergo diagnosis for your condition.

Green coloration could be down to overconsumption of green vegetables. However, if the stools are also runny, this could be due to the onset of diarrhea or some forms of medication.

Black coloration may be a warning that there is bleeding in the upper digestive system, especially where the stools are tar-like in their color, in which cases immediate medical attention should be sought in order to undergo digestive system screening. Moreover, where dark black stools are being regularly produced and no treatment is being sought, it could mean that you are dealing with the onset of colon cancer. Nonetheless, some cases of dark black feces may be caused by diet or some types of medication, such as eating liver, congealed blood, black sticky rice, mulberries, as well as taking nutritional supplements containing iron or some drugs used to treat diarrhea.

Red coloration is usually a result of our diet, such as eating beetroot, roselle, papaya, watermelon, or consuming large amounts of red beverages. However, where red stools contain blood, hemorrhoids tend to be the main cause, although it may be a sign that there is bleeding in the lower digestive system, which could be down to inflammation in the colon walls or even a tumor.

Gray coloration, particularly dark gray coloration, can occur when there is bleeding in the upper digestive system or as a result of iron-based supplements, as in the case of dark black stools. If feces take on an ash gray color, it may be a warning sign for disorders related to the liver or pancreas. Furthermore, light gray, almost white stools may signify any of the following conditions: an obstruction in the gallbladder resulting in a bile deficiency, issues associated with the pancreas or side effects caused by the over consumption of some drugs.

Small, hard stools similar in appearance to bullets or rabbit droppings tend to be produced by people suffering from constipation. The dry fecal matter is difficult to pass or fecal matter may have become trapped in the colon over a long period of time. Constipation is caused by eating foods which are low in fiber, not drinking enough fluids and consuming foods that result in constipation. If the condition is not treated, it could become chronic, and eventually lead to colon cancer.

Numerous small, pellet-shaped stools similar to a cluster of bullets are easily observed and are another symptom of constipation. People experiencing such bowel movements should increase fiber intake, drink plenty of water and partake in regular exercise to get the body moving and avoid becoming overly stressed. These measures can all help ensure that fecal matter does not become trapped in the colon, to avoid constipation.

Long, sausage-like stools with a rough texture which are also quite hard may pass without great difficulty and are generally considered healthy, although they may point to a lack of hydration, so more fluids should be taken on.

Long, smooth stools similar in form to a banana, which are neither too hard nor too soft, are considered being the healthiest type of stool.

Stools that break up into numerous small pieces are still viewed as being a sign of good health, although the person may be suffering from mineral or fiber deficiencies due to a sudden loss of weight or being on a diet.

Semi-liquid, semi-solid stools that are soft in texture and easily passed are usually a sign of early diarrhea or an imbalance in colon bacteria. If liquid stools become frequent, it could lead to dehydration or nutrient deficiencies. Eating a balanced, healthy diet, consisting of the five main food groups in moderation, alongside regular yogurt intake can help redress any imbalances in colon bacteria.

Liquid stools are a sign of diarrhea and could also mean that the colon has contracted an infection. In this case, electrolytes should be consumed and water should be sipped frequently. If the symptoms persist for more than a week, medical attention should be sought.

Regularly checking your stools is an effective basic form of health screening that anyone is capable of doing. Furthermore, utilizing a the fecal immunochemical test (FIT) is another way to screen your stools by yourself. This is effective in identifying the presence of any blood, as well as providing doctors with key information needed to make a quick diagnosis for numerous forms of health disorder.

Nonetheless, if you do see any abnormalities in your stools, try to stop eating the food that may be causing said irregularities, before checking your stools again in 2-3 days’ time. Where abnormalities persist, medical attention should be sought to carry out a thorough diagnosis. Additionally, in cases where the stools have undergone a sudden change in shape and form for no apparent reason, such as smaller than usual stools or stools resembling animal droppings, this should also necessitate a doctor’s appointment for a diagnosis, including carrying out a colonoscopy. Aside from these aspects, being sure to attend your annual health checkup can also play a vital role in preventing any conditions deteriorating, or in identifying a disorder before it is already too progressed.

Endoscopic procedures are capable of providing protection against colon cancer. Since 2015, Samitivej has been coordinating with SANO Hospital in Japan – an institution with world-leading expertise in all related GI endoscopies – to bring the Japanese technique to Thailand, enabling Samitivej to double the rate of accurate diagnoses and remove the polyps before they develop into cancer.

You Can Tell a Lot From Fecal Matter People who suffer from health condition, such as diabetes and fatty liver disease, have a higher chance of developing colon cancer.
User rating: 4.67 out of 5 with 3 ratings