Precocious Puberty and Its Physical and Psychological Effects 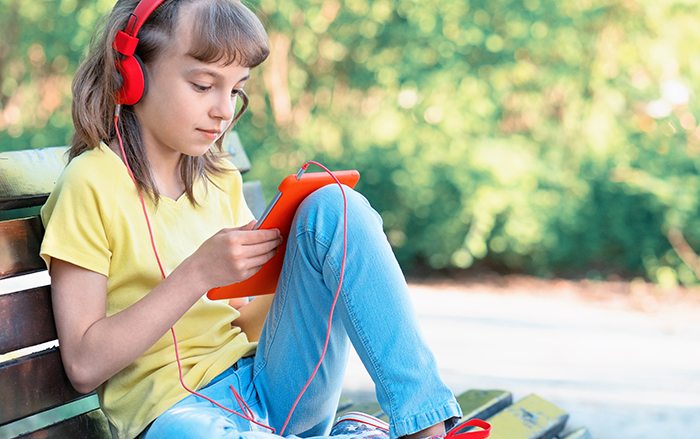 Menstruation in young girls is not considered a dangerous issue or one that would ordinarily be cause for alarm. However, if the first menstrual cycle (menarche) occurs too early, it can be a symptom of a condition known as precocious puberty. Early menarche as a symptom on its own, though, is not a clear indication of precocious puberty; the best course of action is to visit a pediatric endocrinologist who can provide perform an examination and provide a diagnosis.

Normal puberty for young girls usually starts at around 8 to 13 of age, and for young boys at about 9 to 14 years of age. In normal puberty, LHRH hormones from an area of the brain called the hypothalamus signals the pituitary gland to produce hormones known as gonadotropins (luteinizing hormone [LH] and follicle stimulating hormone [FSH]). These gonadotropins in turn stimulate the sex glands to produce sex hormones.

The female sex hormone (estrogen) generates increased bone growth velocity and closure of the epiphyseal growth plate (epiphyseal fusion), which causes both girls and boys to stop growing. The estrogen hormone is produced by the ovaries and also by fat cells. In the case of boys, if the male hormone (testosterone) is being produced in excess by the testes, this can stimulate the conversion of testosterone to estrogen, causing breast swelling or enlargement and, finally, causing the child to stop growing taller.

For example, In families where the parents are somewhat on the shorter side, if your daughter of seven to eight years old is rather plump or overweight and appears to be growing taller more rapidly than usual, don’t rejoice too quickly, but rather take steps to make an appointment with a doctor as soon as possible in order to correctly diagnose the cause. If a child is going through precocious puberty, then not only will they grow faster than usual; they will also stop growing faster than usual, as well. With regard to the psychological effects of precocious puberty, unusual symptoms appearing at an earlier age than is considered normal, can have significant psychological consequences. For instance, boys may have a lot of body hair or body odor, causing them to feel unwelcome by friends and uncomfortable in general society, engendering feelings of shyness, fear or lack of assertiveness and personality issues. Of particular concern is precocious puberty in girls, as it can have very negative or damaging psychological effects, due to criticism in public or in social groups. Very pronounced and obvious symptoms can sometimes lead to young girls feeling unable to handle or accept the disparagement or negative social consequences or opinions of boys and others, and can, in extreme cases, cause issues of sexual harassment or abuse.

With regards to the signs and symptoms of unusually early growth or precocious puberty, this is a condition that is found in both males and females. In a girl, the first visible evidence will often be a breast bud, which is a small lump found under one or both nipples, usually before the age of eight. The child will grow unusually fast, and can begin menstruating before the age of nine. For boys, the symptoms usually include testicular enlargement of more than 2.5 cm in length, rapid height growth, acne, and growth of pubic, underarm, facial hair, etc. Precocious puberty is about eight to twenty times more commonly found in girls than in boys.

There are a variety of causes and factors contributing to the onset of precocious puberty. One possibility is heredity—perhaps the father experienced early puberty or the mother began menstruating before the age of 9. There may be unusually accelerated functioning of the reproductive hormones, either for unknown reasons or perhaps due to tumors or growths. Another possible factor could be nutrition or dietary deficiencies, such as eating foods contaminated with synthetic estrogens and/or active substances like estrogen, crispy or crunchy snacks, fried foods, greasy foods, and fast foods. Another important contributing factor is overeating, causing childhood obesity, especially in girls who are overweight or obese as they have a tendency towards premature puberty and early onset of the menstrual cycle.

What to do when early puberty happens?

Parents should give their sons and daughters separate rooms when they reach puberty.  They will understand that they are growing up and should have their own rooms. Parents should also give their children advice about reaching adulthood. Height may affect personality and future opportunities; so in order for children to grow properly, please seek medical advice from a pediatric endocrinologist when a daughter and son are six and eight years old, respectively and may be showing signs of early puberty. When the daughter complains of sore nipples or the son is growing tall rapidly, parents can help their children through all of the changes by following these tips:

Some protein foods will help trigger a release of growth hormones. Eat nutritious foods from the five groups, as well as vitamins and minerals such as calcium in their proper daily amounts. Avoid non-organic meats as they are loaded with puberty- inducing chemicals. There is evidence that obesity also contributes to earlier puberty in girls.

According to a recent study of growth hormones released daily by the anterior pituitary gland, in growing children, 50% of these hormones are released between 10:00 PM and 2:00 AM during hours of deep sleep. It is, therefore, recommended that children go to bed no later than 9:00 PM.

Growth hormones are released more after exercise. Children should exercise for 30 to 60 minutes at least five times a week.

In extreme cases, early puberty decreases predicted height drastically.  Medication can be given to temporarily reduce hormones, delay bone development, and extend the time for height growth. A monthly injection of the medication may increase the final height. However, advice should be sought from a pediatric endocrinologist to determine the best course of action.