What Parents Need to Know about Esports Professionals 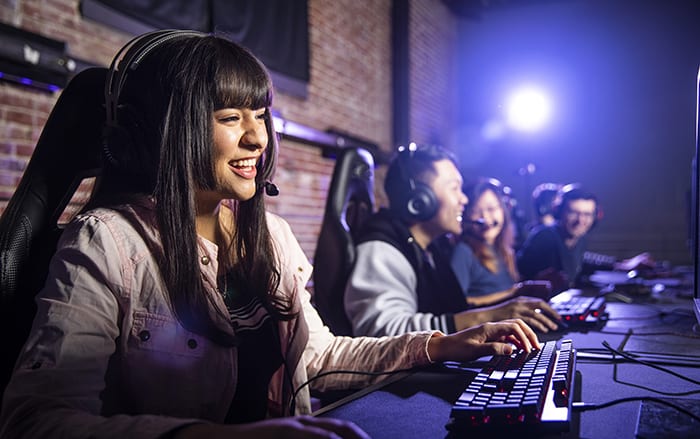 In this digital 4.0 era, it is an unavoidable fact that technology will pervade every aspect of our daily lives. Whatever we are doing, technology is likely to play a part in making our lives more convenient and comfortable. The latest generation of children, particularly those categorized as belonging to Gen Z and beyond (meaning they were born around the turn of the century), have been familiar with modern communication devices since they were born. Indeed, many of them have probably had their whole lives documented and shared on social media. Then, as they have grown up, they will have had constant access to electronic devices, meaning it is easy for us to see how, in this current age, both adults and children alike are unable to be without their smartphone/tablet/computer. Additionally, as a result of these modern communication devices, VDO games can be downloaded onto smart phones/tablets/computers more simply and easily than ever. This means, it is now possible for anyone with an internet connection to compete with people around the world through their device.

The current popularity of online games has spread rapidly around the world, with this growth resulting in the World Esports Association being established in 2016. There are now internationally recognized esports (electronic sports: live computer game competition) events held in huge arenas with fans cheering the players on as they are competing in the online world. This phenomenon is similar to what happens in other world class sports. It is these events that bring massive amounts of money into this new industry.

Esports look quite different from the other sports we may be familiar with because instead of training the body and developing fitness, these are sports which requires the athlete to sit in one place, mainly exerting energy through their fingers, hands and arms. However, it is still considered to be a sport due to the necessity for its players to develop their specific skill set.

Due to the temptation of the vast amounts of money currently circulating around the esports industry (the industry generates THB 10 billion per year) combined with a substantial income of skillful players, esports has become extremely attractive to younger generations. The emergence of this new industry has therefore become a dream for many young people who are already fascinated by online gaming, as they now consider it as a potential career in which they can earn big money to live on. This means that more and more of them are seeing it as a sound reason to ask their parents’ permission to let them play the online games they enjoy so much.

Nevertheless, there are two sides to every coin; everything in this world has a bright and a dark side, and esports is no exception. The resulting considerable revenues offered to esports athletes do not come easily, and they are certainly not available to everyone who plays online games. To reach the highest level of the sport requires at least 8 training hours per day to ensure the body is expertly suited to the game being played. The players have to be updated about the latest game version all the time, so they can fully master the games. Statistics have shown that a mere 1 in every 1,000,000 online game players will make it to the highest levels of the sport.

Hence, for those parents who would like their child to become an esports athlete, it is crucial they understand the negative impacts that such a grueling training schedule can have on their child, including:

Due to the necessity of a great deal of practicing, it forces the players to sit and stare at a computer screen for no less than 8 hours per day, which means the subsequent impacts on their health are unavoidable. These include vision issues; back, wrist and shoulder pain (similar to the symptoms of Office Syndrome); stress resulting from concentrating on the games for hours; sleep disorders; and a sedentary lifestyle owing to the players sitting in one place for extended periods of time. In the long-term, these can lead to chronic health problems, such as heart disease, coronary artery disease, diabetes and metabolic syndrome.

The latest data show that esports athletes performing at the highest levels tend to be aged between 19-25 years old, meaning they must have been training seriously for many years prior to reaching this level. As such, they often begin this difficult training regime before they are 18 years old, and this is a time when the body is undergoing all aspects of the fundamental development that are crucial to their future, such as intelligence development resulting from various life experiences that differ interpersonally, personal responsibility and cooperative skills, basic education required for living an independent lifestyle, social skills and survival skills. Although there are still no studies available that show a direct link between esports and developmental issues in children, it is not difficult to see how sitting to play an online game for 8 hours each day could lead to a lack of ability in any one of the aforementioned skill sets.

Although esports athletes are popular within esports circles, the requirements for heavily training means that they often lack the opportunity to meet more people in real life. This can eventually lead these athletes to face difficulties in adapting and communicating in the real world.

Esports games can be categorized into numerous age ratings depending on the content. However, a large number of these games, regardless of age category, involve extreme violence which, when played over an extended period of time, could result in desensitizing players to violence. Thus, there is a potential to develop their own subconscious violent tendencies.

While it is true that the top esports players will become famous and reap huge financial gains, before they get to that level, many financial sacrifices must be made for the latest gaming equipment and games. Additionally, only a mere 1 in every 1,000,000 of those who invested so much money is going to make it as professionals and, if they are fortunate enough to become an esports star, they must be aware that the career tends to only last a few years. Hence, some thought must be given to what career they will pursue afterwards.

If a successful career in esports is not achieved, in addition to the aforementioned issues, children will also lose a large chunk of their young lives to playing online games – a significant portion of their whole lives which they will never be able to get back.

When the aforementioned dark sides of this new sport are taken into consideration, it does not seem worth to let children under the age of 18 spend so much time and resources on the dream of becoming an esports professional. However, it is inescapable that children nowadays are exposed to the internet, social media and online games. It is also true that these services can be beneficial to our everyday lives. Nonetheless, parents should analyze the benefits and disadvantages, including seeking advice on the use of communication devices from sources such as the American Academy of Pediatrics in order to ensure these devices can be useful instead of harmful. Simply put, parents should have a basic level of understanding of how children can use communication devices safely at an age appropriate level, limiting their use where necessary and ensuring they only have access to suitable content. Moreover, parents should promote the development of their children’s other basic skills which they will require in the long-term.

In a case of children with a strong intention to be an esports professional, they should be taught about the disadvantages that could come with such a choice. They should also be mature enough to carefully consider various benefits and negative impacts of this career before making a crucial decision thereafter.

What Parents Need to Know about Esports Professionals Parents of children who would like to become esports athletes must develop their awareness of the potential negative impacts on the child’s health, social skills and development.
User rating: 0 out of 5 with 0 ratings