What Are the True Causes of Cramps While Running? Firstly and foremost, let’s understand that exercise-associated muscle cramps or EAMC are, as the name suggests, exercise related. They differ from cramps associated with mineral deficiencies or dehydration. The deficiencies can happen due to a number of factors, such as diarrhea, severe vomiting, pregnancy or the use of diuretic medication. Therefore, the dehydration experienced by athletes is not the reason for EAMC.

To provide more clarity, let’s look into research done on dehydration.  Results show that dehydration is not associated with cramps that occur during exercise. For example, one study asked participants to cycle using only one leg until they were 3% dehydrated. At this point, researchers used an electric current to stimulate cramp in the leg not being exercised. They did this before and after the cycling test to ensure that muscle fatigue was not at play. Another research assessed the effects of 5% dehydration, which is considered extremely severe. Both studies produced the same results. The severe dehydration did not cause cramping.

A simple way to observe this is to watch world-class long distance runners who hardly drink at all while competing. Some of these athletes may actually suffer from over 5% dehydration by the time they have completed a marathon. Yet you don’t see them cramping up, do you?

As for the issue of mineral deficiencies, research has found that it does not have an effect on running cramps. Such research looked at information taken from ultra marathon runners. Their blood sample was taken and their weight was measured both before and after competition. It was found that there were no changes in the various blood mineral levels, including sodium, potassium, calcium and magnesium. Moreover, this study also analyzed dehydration levels – before and after competition – in those who suffered from cramp and those who did not. Even when assessing information gathered from triathletes, the results did not differ at all.

If that’s the case, what are the actual causes of cramps that occur when running or exercising?

Researcher Dr. Martin Schwellnus presented a theory in his work titled “Altered Neuromuscular Control.” Published in 1997, it is still viewed as the best explanation for the occurrence of exercise-associated cramps to this day. Additionally, this is the most highly rated theory among researchers and running enthusiasts who work in the field of research.

The theory explains that contracting or flexing of muscles happens as a result of neurological signals which must maintain a balance. Cramps occur when too many signals are sent to the muscles, causing them to tighten up completely. Thus, it can be said that cramps due to the overuse of muscles or a lack of muscular strength.

Altered neuromuscular control may just be a theory awaiting supplementary data to provide additional proof. However, it offers clear explanations for various types of cramps that occur.

Another interesting research piece asked participants to undergo stimulation of muscle cramping before drinking extremely sour pickle juice. It was found that the cramp subsided just a minute or so subsequent to them drinking the juice. However, such a short time period isn’t enough for the body to absorb the minerals into the bloodstream. This research helped to confirm that cramping is not associated with mineral deficiencies or dehydration. Instead, the sour taste of the pickle juice stimulated the body’s neurological system, stemming from the upper digestive system. As a result, it automatically stopped any muscle contractions.

So, what can be done to stop cramps occurring while running?

Let’s first take a look at the risk factors which can lead to cramp while running.

Research has found that groups who suffer from cramps are runners who start out too fast in the first half of their race. This is despite the fact their training times matched those who do not suffer cramp. Hence, runners should be careful to pace themselves while training or racing.

Research also found that runners who experience cramp while competing tend to have over-trained in the three days prior to the event. The correct way to prepare just before the competition is to reduce the training load. Avoid intense training sessions and get plenty of rest on the days leading up to the race.

To summarize, training is crucial to prevent exercise-associated cramps. If you don’t train and practice sufficiently,  and you still try to achieve a quick time on race day, your muscles will be overworked to a point greater than for which your body is prepared. Therefore, regular training is the best form of cramp prevention. It will not matter how much water or minerals you take on, if you haven’t trained enough. Without enough practice, the risk of cramp is significantly increased. An exception would be when runners walk, sip water and take on mineral solutions continuously. As a result, the legs will not be as overworked as they would be when running for the whole duration of a race.

Nevertheless, if a cramp does occur, the fastest and most effective way to relieve it is to stretch the affected muscle. Stretching the muscle will stimulate those muscles into preventing contractions, meaning that the cramp will go away. That being said, if a medical team is close by, they can help to correctly massage the affected muscles with ice or a cooling spray, which is a highly effective form of treatment.

The following techniques are a summary of the ways how we can prevent cramps while competing in running races: 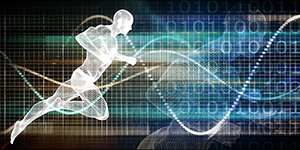 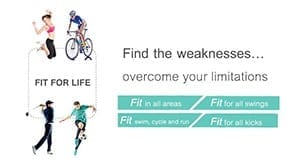 What Are the True Causes of Cramps While Running? Cramps do not occur as a result of the body lacking minerals or hydration. They occur because of over-contraction of muscles, overuse of muscles or lack of muscle strength.
User rating: 0 out of 5 with 0 ratings 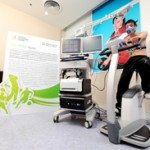