“You are what you eat”

is a commonly used phrase, and one which has been proven to be true.

While colon cancer can be caused by genetic and environmental factors, the food and chemicals we are unintentionally exposed to can also play an important part. Let’s take a look at five hazardous chemicals capable of stimulating the development of colon cancer:

Apart from careful selection of foods, and constantly taking great care of our physical and mental health, it is important that we inspect our stools regularly, focusing on their color and appearance, as this is an effective, easy-to-do way to carry out basic health screening that anyone is capable of doing at home. In cases where the stools have undergone a sudden change in color, shape and form for no apparent reason, this should also necessitate a doctor’s appointment for a diagnosis, including carrying out a colonoscopy or treatment. Click to read more

5 Toxic Chemicals Capable of Causing Colon Cancer Aside from grilled foods which have a charred coating, foods that have been heat-treated, contain preservatives or have been contaminated with pesticides all have the potential to cause colon cancer.
User rating: 0 out of 5 with 0 ratings 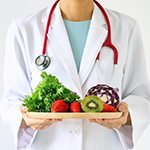